Back in the 1950s, HCK's retro refrigerator was worth a look

Heard a heartwarming words, "the refrigerator, always for you to stay up late. ". In modern life, the refrigerator has become an integral part of the home. At present, the prevalence of "retro style" is not only reflected in clothing collocation, but also reflected in people's daily life. As retro fashion swept through the refrigerator world, the cookie cutter refrigerator became the new darling of the city.

In the "Dear Inn" left a touch of bright red figure, with super-high beauty full circle of fans, become popular network beauty items. Inside the INN, the bright red single door refrigerator is the epitome of the old style refrigerator. With its cheerful colors, delicate hardware handles, and just the right size, it makes people see another kind of existence of the refrigerator —— as if it could be a living room decoration as well as a deep kitchen for storing food. 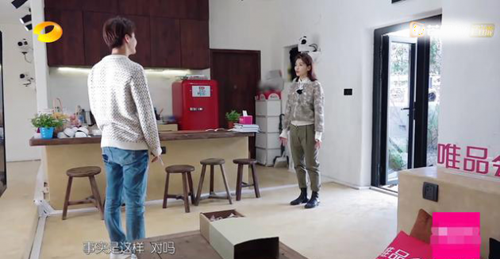 The so-called Retro Refrigerator, refers to the traditional kitchen refrigerator in addition to meet the refrigeration function, but also has a round shape, smooth lines, full color, color diversity and simple retro design and other fashion features. With the consumers' pursuit of high-quality life and high-grade household in the new era, the traditional refrigerator has been unable to meet the needs of various scenarios, and the refrigerator has started to move from "pragmatism" to "aesthetic era" , retro Refrigerator are becoming a new household fad because of their aesthetic appearance and to manifest's nostalgic connotations. 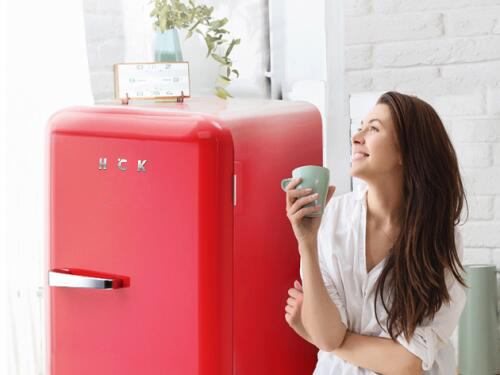 Retro Refrigerator back to 1950's modern times, the return of the fashion fashion trend is in the ascendant, the classic style of the Golden Age repeated, the last century modern 50's, in the wheel of fashion, has a unique style and charm.

At 1950s, the Second World War ended, and the smoke of war faded. The world's major capitalist countries have entered a period of rapid economic development known as the "Golden Age" of the Western economy. The most important thing in this period was the rise of the middle class. With the development of the third technological revolution, the number of white-collar employees has exceeded more than half of the labor force and become the largest social group in the middle class. The post-war white-collar classes longed for the comforts of home, the urgent need to settle down and nest in one place after another, and at the center of all these homes was home. Society began to enter the period of great material development in the home. Phones, color television, refrigerators, movies, washing machines and cars were commonplace in daily life, and holiday and party lifestyles were taking shape. By 1950s, young people were becoming potential consumers of the fashion market. Influenced by movies and music, they began to rebel against the lifestyle of their parents, together with a certain financial ability, began to form their own fashion culture and home life.

Subsequently, more and more refrigerator manufacturers will be retro culture in the refrigerator series, these classic retro elements through the Baptism of the times, withstand the aesthetic test of several generations, leading the fashion nouveau riche away from industrial reproduction, go back to the era of personal uniqueness and enjoy the quality of life. The Retro Refrigerator is one of the highlights of the retro resurgence. It not only traces back to the past classical cultural aesthetics, but also rebuilds the ideal life style.

The design of the HCK refrigerator is full of retro style, seamless body smooth and beautiful, thick curved door with 80 degrees of gold corner, is a 33-year-old water-like time carefully carved masterpiece, can conquer the eyes of countless pairs of critical. White, red, black and so on many kinds of color matching can be chosen, to pure color show the minimalist aesthetics, can be harmonious into a variety of home atmosphere, always light flat life. 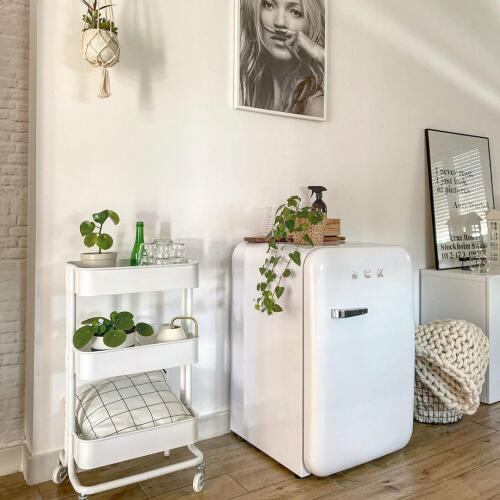 The HCK Retro Retro Single Door Fridge is not only visually appealing, but also visually appealing. With a 281 liter capacity, the refrigerator is designed to accommodate the fresh needs of a family of multiple mouths, and the inside of the refrigerator is also designed with HCK's patented floor framework, which is flexible and can be combined freely, allowing the display to be independent of the size and shape of items, more ingenious design of the large-capacity door shelf, reasonable use of the door space, suitable for high-bottle storage, not easy to dump, scientific design, so that this artistic refrigerator also has a strong practical capacity to receive.

HCK originated in northern Finland. In 1971, brand founder Geoff Thomasson designed and manufactured commercial freezers in Finland. He has sales companies in Germany, UK, USA and Australia. His products sell well in 56 countries and regions all over the world.

Previous:
HCK retro refrigerator, a product you will not be able to part with
Next:
Shopping Guide for cosmetic refrigerators
News
Hot News
Product Catalog
Product